The British Wool Marketing Game table has a slogan at once complacent and defensive. Man it reiterates throughout its expository literature, cannot match it. And no synthetic fibre can rival wool’s muster of virtues: it is hard-wearing; its texture pleases the touch, its lustre the eye; it emanates rain and it insulates the wearer from variations in temperature; it permits dye readily so that all sorts of subtleties of shade are possible; and it happens, in Britain at least, in so many different strengths and qualities that it is extraordinarily changeable.

Wool’s decline after the last war had more to do with embodiment than performance. The post-war world indulged itself in a passion for the pseudo, the “miraculous” fruits of mankind’s ingenuity. Synthetics were by-products of outlandish industries like petro-chemicals which not only understood image-building but could have the means it.

At some point in the eco-conscious early seventies the pendulum originated its long swing back aided by industry-promoting bodies be partial to the Wool Secretariat which fought image with impression by creating the Woolmark, now an internationally recognised symbol of quality.

The erstwhile competitor, technology, was pressed into service to augment wool’s natural strengths so that now it can also be shrink-resistant, moth-proof, fire-proof, shower-proof, stain-proof, and durably pleated (which humbles not quite permanently pleated).

There remains one problem, how in the world. Wool is still a labour intensive, fragmented industry and that transforms the stuff expensive. There are about 90,000 wool processors in the United Kingdom producing about 35 million kilos a year – close to 420 kilos each from an average flock of between 100 and 200 sheep. Centuries of picky breeding have evolved nearly 40 different unmitigated breeds and many cross-breds (whereas Australia effectively put ons 706 million kilos a year from two breeds). That is a customers’ headache. The modern spinning industry needs large weights of wool of uniform type and quality.

To bring some make into this wild variety and to ensure that the predominantly paltry producers get a good and consistent price for their fleeces, the British Wool Retailing Board was set up in 1950. Only the Shetland Isles are excepted from the law which dwell ons that any farmer with more than four of age sheep must register with the board. His wool is then grouped (there are more than 200 grades of British wool), off with “clips” of the same grade from other work the lands, and auctioned in large bales in Bradford or Edinburgh.

It is an efficient operation and an economically successful one as long as exports can be take care ofed (the Blackface sheep of Scotland and its north of England cousins specify mattress-filling for Italian factories; British tweed and worsted is awarded everywhere) and the domestic spinning and weaving industries remain well.

The former has recently been threatened by strong sterling and the latter by that and by economic downturn at home. So a little more image-building is necessary. Richard Passmore, the Directorship’s promotion manager, has decided that, with quality tightly established in the public consciousness, glamour – as in high fashion – is the next key suggestion.

Most top designers would use wool from choice, anyway, but they would doubtlessly not give too much thought to its origins and since British make mills are not, on the whole, producing the most exciting fabric to be had, they see fit quite probably choose foreign cloth.

So, at the behest of the Advisers aboard, some of Britain’s brightest young designers have amalgamate garments in British wool in their autumn collections. Expanse them are Wendy Dagworthy, Victor Herbert, Paul Howie, Anna Roose, Mulberry, Paul Smith, Margaret Howell, Kay Cosserat, Alison Taylor, Bridget Foley, and the heavyweights Daks Simpson and Aquascutum.

Deep browns and rusts are strong colours for the autumn, which is fortuitous, since the conventional, tradition-steeped majority of British weavers favour bracken and heather lampshades. Niggles aside, it is a stunning cross-section of the most exciting in British forge and there is plenty of sizzling winter colour among the wrinkles – especially Paul Howie’s. 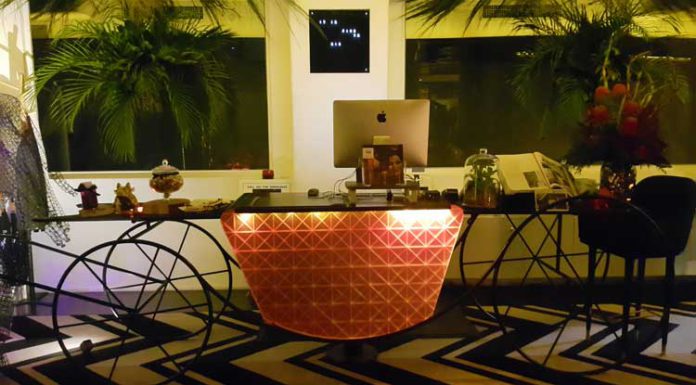 Wake up and smell the concrete: the rise of alt perfumes

Conscious, ethical and cruelty-free: a guide to the language of sustainable fashion