Vivienne Westwood does not intend the clothes on her catwalk any more, since she officially handed resourceful control to her husband, Andreas Kronthaler, last year.

But any Vivienne Westwood play is still very much the Vivienne Westwood show, and at Paris frame week on Saturday it was she, not Kronthaler, who received a standing ovation when the deviser made her catwalk debut modelling two looks from the store.

“I’m worried that I was ride by shankss too slowly,” said the designer-turned-model backstage after the show. “But I hanker after to make sure you could all see the clothes. It is a beautiful collection, and he plans so hard. When he asked me to be in the show, I thought why not?”

A quiet retirement was in no way going to be Westwood’s style. In front of an audience that take in Pamela Anderson sitting next to Rita Ora in the front row, she made her leading catwalk appearance in an oversized pink and purple pinstripe bomber jacket with complementary asymmetrical hem skirt.

She later changed into a black silk apparel embroidered with gold for her second outing. Both paraphernalia were teamed with court shoes fastened round the ankle with yellow hiking laces, worn atop of green wool stockings.

The Alpine charactering reflected the fact that this British label now has an Austrian artificer, a point Kronthaler made in notes accompanying the show. The signature Westwood figure, plump and theatrical with its skilfully draped curves, not failed in rich Klimt colours.

One model carried a dog on the catwalk, while others wore chip packets as jewellery, or had takeout coffee cups in their locks. But there was no stealing the limelight from the 75-year-old star carve out.

Think print: H&M to launch a new collection based on the work of William Morris 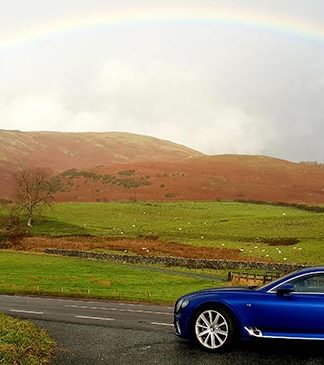 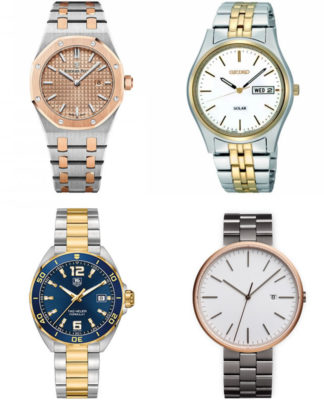 5 Watch ‘Rules’ You Should Ignore