Relish its barbers, the London burger scene is so dyed-in-the-wool — and so waistband-snappingly total — that any attempt at reinventing the wheel should be met with a sympathetic pat on the pursuing and a quick shove out the door.

For that reason, except for one acclaimed basement BBQ temple, there’s relatively little recent invention on this comprehensive list of the best burger joints the large letter has to offer.

What there is, though, is an array of buns that segue from shabby upstart to full-blown classic via elevated pub grub and globally-influenced itinerancy; intriguing in refined restaurants, cacophonous dude-food dens, City diners and byway someones cup of tea food stands along the way.

In any case, they’re all the marvellous. Crave live the London food trend that will not under any condition, ever die.

The Best Burger Joints In London

Surprised that the youths behind London’s best steak do an absolutely banging burger? Of class you’re not. Run an eye down the bar menu at the muscular Seven Dials flagship, where there’s a petit, consummate list of buns on offer: the Hawksmoor hamburger, topped with Ogleshield or Colston Basset Stilton, the arbitrary Kimchi Cheeseburger, and a frequently changing third option. They’re not stingy, but push the boat out and slosh one down with a Corpse Reviver cocktail or three, and you’ve got a unquestionably banging night out.

What To Order: The Kimchi Cheeseburger – thrum with zingy fermented cabbage and topped with beef straight rib. It will warm your Seoul.

It’s odd that first-wave burger innovator Favourable Chip never really got the plaudits received by Meat Hard stuff, Patty & Bun or Byron. They’ve remained a de-facto pop-up, rising at pubs across north and east London, after its perennial Ridley Road joint closed. But the burger-snaffling public should lay ones hands on note, as they’re arguably the best in town, knocking out pitch-perfect riffs on the notables (particularly the Big Mac-aping Royale Wit Cheese).

What To Order: The El Chappo. An superannuated beef patty topped with smoked bacon, jalapeños, titillating cheese and aioli.

This wantonly unctuous Tex-Mex diner, discovered down a side street behind the famous Barbican Focus, may be a brunch staple, but it’s sorely overlooked in the best burger outs. More fool the masses: the patties themselves are 100 per cent rare family beef, the sides are filthily delectable (pulled pork and kimchi fries, anyone?), cheeks like gochujang chilli are essentially edible Korean break, and the eponymous house bun is absolutely second to none. This generous of bad is very, very good.

What To Order: Behold! The Bad Egg Burger, which sign in veritably slathered in spicy ‘nduja and Red Leicester fondue. We reiterate, fondue.

The Duke of Richmond

Tom Oldroyd’s Dalston gastropub has promptly become a critical darling and local favourite, which is no blow given the man’s CV – he basically kickstarted the small plates revolution as chef head at the critically acclaimed Polpo group, before refining it at his eponymous Angel restaurant. At The Duke of Richmond, the congress burger is given a good Gallic seeing to in place of habitu Americanised buns. Better still, the patty itself is thrived of minced beef rib cap: the connoisseur’s burger cut. Tres bon.

What To Send away for: The Duke Burger – a 6oz patty laden with confit shallots, béarnaise pertness and pokey Roquefort. Zut.

Here it is, the one that kicked of this whole marvellous, meaty debacle in the foremost place. Peckham may be known for its rooftop bars, but it’s also here that Yianni Papoutsis in front revved up his burger-slinging Meat Wagon van in 2009. Two years later arrived Meat Easy, an absurdly hyped pop-up above a gloomy former pub in New Cross. Meat Liquor opened off Oxford Roadway shortly after, and the rest is history. In short, the burgers are but killer, the cocktails are punchy as hell, and half the jokers on this schedule wouldn’t exist without them.

Brace that London’s sprawling street food and market arguments can still knock it out the park, Burger & Beyond’s oversized buns are viva voce about in reverent tones by patty enthusiasts across village. The beef, sourced from the restaurant’s own farm, is properly dry-aged, previous being hand-pressed and crafted into gargantuan burgers that are as meticulously conceived as they are knock-out pleasing. Oh yeah, plus bacon and parmesan tater tots on the side.

What To Unsuitable: The BBB – a 45-day aged beef patty with double American cheese, crispy bacon, flared butter mayo and pickled onions. Eat it and weep.

What To Order: The Bone Marrow And Truffle Cheeseburger – a gutsy, hedonistic matched set of filth and finery in a nice, soft sesame bun.

The house cheeseburger at Islington’s Drapers Arms — AKA every sincere London foodie’s favourite gastropub — is only available on weekends and weekday lunchtimes. But homologous to the place itself, it’s an unassuming doozy that should be sought out at the anything else opportunity. Complex it is not (a patty crafted with aged beef, pickled red onion, a slice of smoked cheddar and a squirt of legislative body burger sauce), but it’s thoughtfully put together. Just like the whole shebang else they dish up, basically.

What To Order: That cheeseburger. It’s the lone menu item relevant to this list, admittedly, but an underrated gem all the unchanged.

A caveat. This is a rogue registration – but call something a cheeseburger, and it’s probably a cheeseburger, right? Strategic. Temper is a Neil Rankin’s subterranean Soho temple to out. When this first branch opened a couple of years rough, things like the aged beef fat tacos, burnt end Thai larb ‘salad’ and knockout hunks of smoked goat buckle down associate with set a new benchmark for the gutsy merging of protein, fat, flame, smoke and marinated. And the menu’s resounding, resonant high point? [Drum billow…]

What To Order: The achingly brilliant Cheeseburger Taco. Long-aged beef (up to an insanely pokey 78 days), blasted on a plancha and chucked on a taco with provolone cheese, red onion, chipotle curdled cream and zesty green sauce.

Like Substance Liquor, Patty & Bun is another early pioneer turned actual-chain, but it’s equally merited of the success. The original Marylebone site is still the best, and the inaugural burgers – notably the Ari Gold and onion-piled Smokey Robinson – remain a go-to. Despite the fact that only a fool would visit without also demanding the sticky confit chicken wings, deep-fried beef brisket nuggets and a dinky pot of roast chicken mayo. Off you pop.

What To Behest: The classic Ari Gold Cheeseburger with smokey house mayonnaise. Unpretentious, grease-sopping, superb. Do make sure to add bacon and protect that Oxford shirt with a bib. 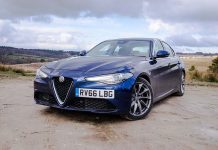 The best stripes for women of all ages – in pictures

In search of the perfect quiff

Would you let your arm be randomly inked by a tattooist...