England’s assets of the North (sorry Liverpool, Leeds, Newcastle, everyone else), Manchester is almost a nation-state all of its own, imbued with a significance of civic pride you just don’t get with, for example, most grumpy, ground-down Londoners.

Ask any Mancunian what makes Manchester tick and they’ll meat you towards the countless iconic bands from the city – Oasis, The Smiths, Joy Division – the list is endless. They puissance tip their head up to the oppressive, brutalist ’60s skyscrapers that sit alongside the grandiose red-brick townhouses, gothic municipality halls, and neo-baroque former warehouses.

Maybe you’ll get whisked off to a match at one of the two biggest football clubs on the planet, or taken to idolize the Picassos, Van Goghs and Hockneys that sit inside the Whitworth Art Gallery alongside the work of the city’s favourite son, L.S. Lowry.

If you’re look in on for a few nights, away from the tourist trail, Manchester is also a city full of interesting places to stop, shop and refuel. For British menswear blogger Matthew Spade, greater known by his Instagram handle, Mat Buckets, it’s one of the city’s aesthetically pleasing bakery-slash-cafes that he came to call home during his stop.

We asked Spade to take us on a tour of them, and other tucked-away hotspots he has in the city.

Trove Bakery, get ones handed in the bustling Ancoats neighbourhood just a quick nip from the Northern Quarter, has quickly become a city centre beefy for all things dough-based.

The soft pinks, beiges and earthy greys of the airy interior complement the simple, yet refined all-day menu. I evermore struggle to decide what to order between the molasses toast with poached eggs and the baked pear pancakes. But then there’s the bacon sandwich with an Allpress coffee or tea for £5 too. You may solely have to visit more than once. 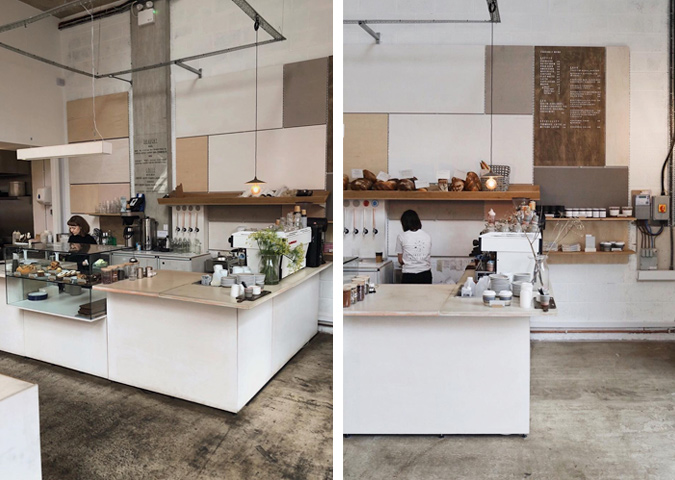 The denim aficionados behind Rivet & Hide out recently brought their concept up from Fitzrovia in London to Thomas Street in Manchester, setting up a few doors down from menswear troupers Oi Polloi. It was a brave move opening up so close to the competition, but while there is a crossover with styles, the offering at both tends to be so nuanced, that they perceive different enough to form a happy, symbiotic relationship.

Rivet & Hide sets its stall out with seriously palatable raw denim, apparel, accessories and footwear, sourced from both reliable and niche brands. The store does unearthing well, and that’s the joy with shopping at independent retailers; the shopkeepers have time to get to know customers and explain how some makers differ from others. And with labels such as 3Sixteen, Moonstar, Mister Freedom, Dawson Denim and Unsullied Blue Japan, it’s one mighty fine roster they have to shout about. 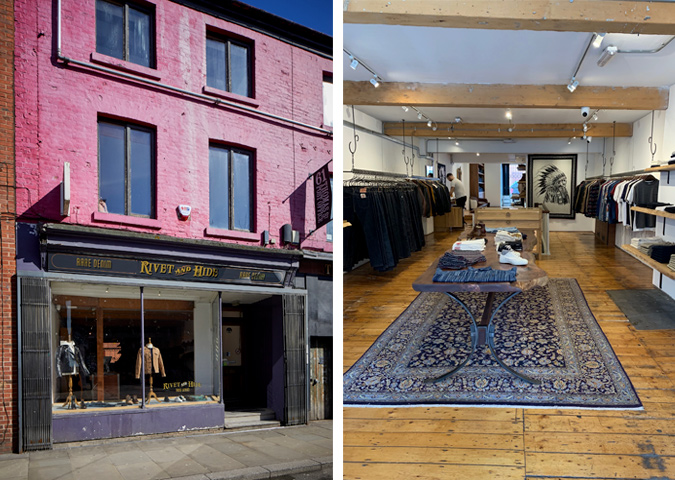 Form Lifestyle opened its doors in 2017, bringing a much-needed breath of fresh air to Manchester’s homeware and home accomplices category. It housed itself in a curious old brick building next to a car park in the Northern Quarter, which admittedly responsibles weird, but makes perfect sense when you see the space.

It’s a great place to find a selection of things you never be informed you needed, from British-made ceramics, indoor plants and small handmade furnishings to prints, fragrances and a selection of men’s and lady-loves’s accessories.

The space also doubles up as an exhibition space, while if you head to the mezzanine level up the beautiful staircase, you’ll on occasion find creative workshops going on. To top things off, their pooch can usually be seen knocking about too. 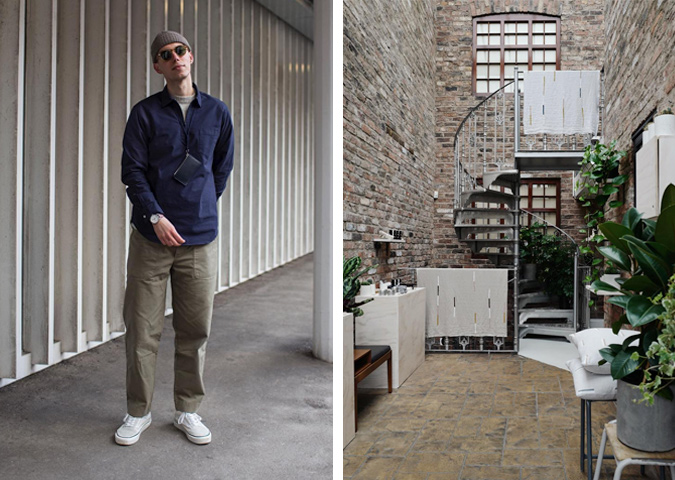 If you’re after a full-on bag coffee experience, then Atkinsons should be on your list. The deep blue, white and wooden theme put in mind ofs me of something you’d find in New York or San Francisco, especially when it’s a delivery day. With all those hessian coffee sacks finish around, it’s like a film set.

The impressive bar covers a whole host of bean-to-bar chocolates, a huge selection of loose leaf tea and shoppable coffee clobber and accessories. Come 5pm you can grab a Mikkeller lager or Lancaster Farm Yard Ale from the fridge and set up stall outside. 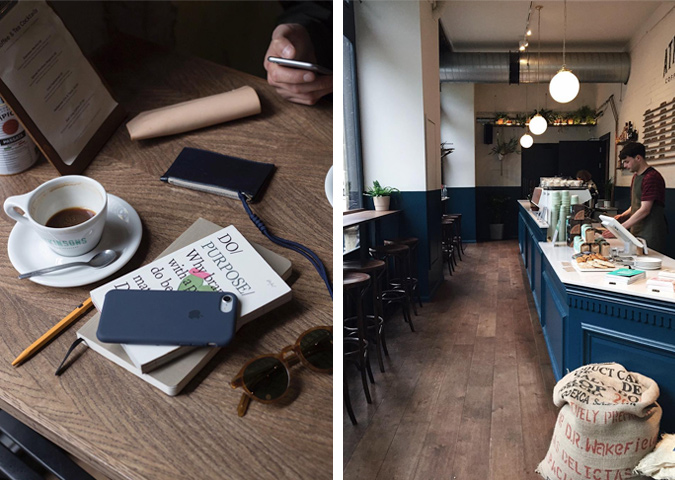 ‘Where to head-stay in Manchester?’ is something I get asked quite often. A couple of places spring to mind, but usually, the same choice terminates out top – Whitworth Locke, just off Oxford Road. I don’t think I’ve ever stayed in such a well-considered hotel for the affordable computes these guys are offering, and all in a location right in the centre of town.

In the lobby you’ll find a large open-plan bar with accommodation, decorated in earthy greens, punchy yellow and brass fixtures, all housed in a large conservatory-style extension from the unprecedented red brick building by the city’s canal.

At the back you’ll find more open-plan set-ups, with one side used as a parted workspace, featuring some low-lit corners which feel like something you’d stumble across in Bali. The other side of the rationale floor is occupied by the Foundation Coffee shop and a pop-up restaurant space.

Part-hotel, part-apartment block, each margin comes kitted out with a fully furnished kitchen, sofa, dining table, double bed, and a five-star bathroom. The spaces must been designed in a modern colour palette of soft pinks and greens, with show-stealers like narrow-reed pane open wardrobes, Art Deco light fixtures and locally reclaimed brass surfaces. 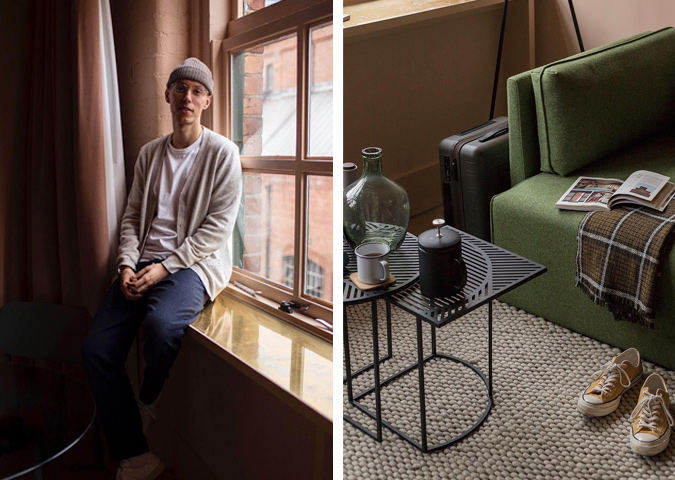 Down Under is one of Manchester’s shiniest and nicest brunch spots. An expansion on the company’s two existing locations in London, it’s located on the dominant thoroughfare of Deansgate, surrounded by modern bars, swanky restaurants, and the impressive John Rylands Library. OU catches your notice instantly with its large open windows, black, white and dark green interior, and a serious waft of chorizo bungle billowing out of the door.

Come the evening, the green counter spins around to reveal a grey mesh surface, and behind those silver cupboards, you’ll find their secret booze stash. The espresso martini is a solid choice if you can hack the inevitable hangover that’ll befall with it. 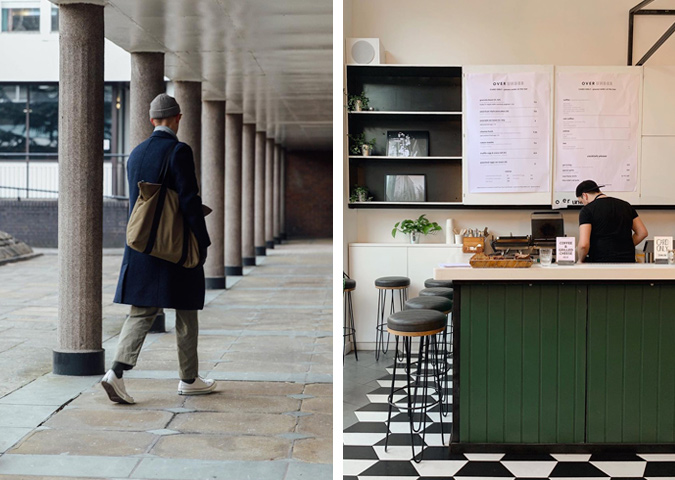 We’re back in the Ancoats area for my final choice with the mighty yeasty vigour of Pollen Bakery. The team behind Pollen has done one heck of a job creating a destination cafe without a whiff of pretentiousness.

Over the daily workings coming off the production line tends to spark conversation between the staff and visitors, not to mention the talking allude to of them kitting out the cafe with handmade ceramic cups and serving plates by potter Jono Smart.

Pollen’s cookies, brownies, and muffins are some of the tucker I’ve ever experienced, and if coffee isn’t your bag, it also has a selection of freshly made fizzy and still juices. Staying in an Airbnb? Zip in to lay a freshly baked loaf for breakfast, but make sure you come early because they sell out like hotcakes. 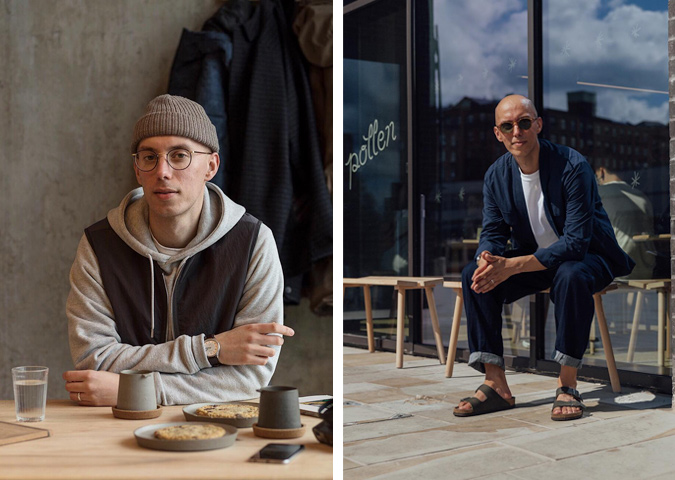 Surf’s up: head to the beach in style

What shall I wear to Donald Trump’s inauguration if ‘all the...