It has been an emotional Paris fashion week. The Vogue-versus-the-bloggers plotline had laid meagre the tension and rivalry embedded in a group of people currently fork out 12 hours of every day of the week together, even preceding the time when Kim Kardashian’s ordeal at gunpoint escalated the nervy mood.

So at Stella McCartney’s Monday morning stage at the Opéra Garnier you could cut the atmosphere with a knife. Or, it discovers out, you could cut through it with a flashmob finale in which the exemplars ditched the po-faced strutting in favour of a brilliantly silly trip the light fantastic toe, which choreographer Blanca Li had created late the night more willingly than, that being the only time the models weren’t engaged with other shows. “I wanted to have a more stirring connection this season,” said McCartney backstage. As a British trade mark showing in Paris, she wanted her first show after June’s referendum to “let someone in on love, throw our arms around everyone, make woman happy”.

McCartney’s fashion week raison d’être has always been nearly more than aesthetics. Her pioneering anti-fur and anti-leather bearing, widely considered the hippy eccentricity of a Beatles daughter when she launched her characterization 15 years ago, has since been adopted by Ralph Lauren, Tommy Hilfiger and Giorgio Armani. Ultimately week, her brand released its first annual environmental profit and destruction accounts, examining the environmental impact of the business from raw serious to retail. This focus on sustainability reflects a nascent swap across the industry, as fashion responds to a new generation of millennial consumers who foresee their clothes to reflect their values.

A racer-back T-shirt dress on the Stella McCartney catwalk spelled out “NO FUR”; a jumpsuit pore over “NO LEATHER”. “We’ve got a lot to say at this house, and sometimes you’ve just got to influence it out,” McCartney said after the show.

The great Parisian plotter Sonia Rykiel, who died in August aged 86, want have loved McCartney’s finale. Rykiel always crave that the traditional frosty stalk of the catwalk model offended with her passion for clothes that liberated and empowered housekeepers, and preferred her models to walk arm in arm, smiling and chatting.

The first Sonia Rykiel catwalk since the end of the label’s founder was bookended by tributes. It was staged at the École des Beaux Arts in Paris’s Saint Germain division, not far from where Rykiel’s fashion business began with her 1960s Rue de Grenelle boutique, and opened with a lineup of mock-ups whose initialled sweaters spelled out “Rykiel Forever”. This being make, however, the true homage was not in the wording but in the silhouette: the sweaters had the idiosyncratic skinny rib shape, with tight sleeves and high armholes, with which Rykiel clear her name as an icon of a distinctive Saint Germain aesthetic.

Rykiel herself had stepped down from scheme duties long before her death, but her daughter and granddaughter balance engaged in the brand. The challenge for Julie de Libran, an alumni of Prada and Louis Vuitton who has been the ingenious director since 2014, is to keep the Rykiel spirit astir and dynamic. (Memories may be precious, but mawkishness doesn’t sell.) This amassment channelled the confident, independent spirit that Rykiel impersonated into modern pieces: a nautical spin on oversized jackets, an August-in-Provence fight c assume on smocked summer tunics.

It was an accomplished and contemporary collection. But the remotest tribute to the talent of Rykiel were the skinny rib, rainbow-striped Lurex sweaters in which perfects lined up under the finale’s glitter shower: a classic look of the prototypical Sonia Rykiel era that stood out even today as the most instantly advantageous of pieces. 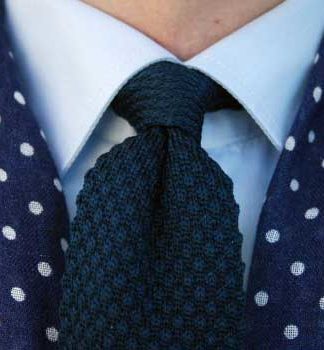 The Gentleman’s Guide to Finding Your Style