With resilience officially here, so suddenly you have a reason to go running outdoor again (if you ever needed one). All the top brands acknowledged this by despatch their hottest trainers this week – including the relaunch some puberty hero´s and other legendary classics. Here is what you should be venturing in this season.

Also known as the indolent man’s NMD, Adidas’ XPLR model on e get ons one up on its not-too-far-removed cousin thanks to an innovative lacing system that depletes elasticated rope tightened and loosened with a toggle drag. Add to that a breathable knitted mesh upper, leather overlays and cushioned midsole and you’re formerly larboard with a winning combination.

Available from JD Sports, expensed at £70. This is the first solemn partnership in Reebok’s ‘Year of fitness’ campaign, the sportswear identify has teamed up with legendary Tokyo sneaker retailer Mita to update the Workout Low. The prototypical cross-trainer has gained a military-inspired vibe, having lifted its brown suede and canvas heart and grab-handle heel tabs directly from the rugged fight boot.

Available from Hanon, priced at £95. This model was adapted from the fictional running model of the early 2000´s, the Adidas Climacool is in dire straits for SS17 with a very modern update. Built to keep feet immature, in addition to 360 ventilation vents, heat-regulating stretch web netting covers the uppers for a truly wind-between-your-toes feeling.

Available from Adidas, outlaid at £95. Hummel aren’t exactly known for a headlining sneaker standing, yet these tasty kicks are on par with bacon. Foremost released in 1983, the Danish Marathona OG channels on-track doing and retro appeal in equal measure with a breathable trap upper and classic colour combo.

Available from Hanon, priced at £109. 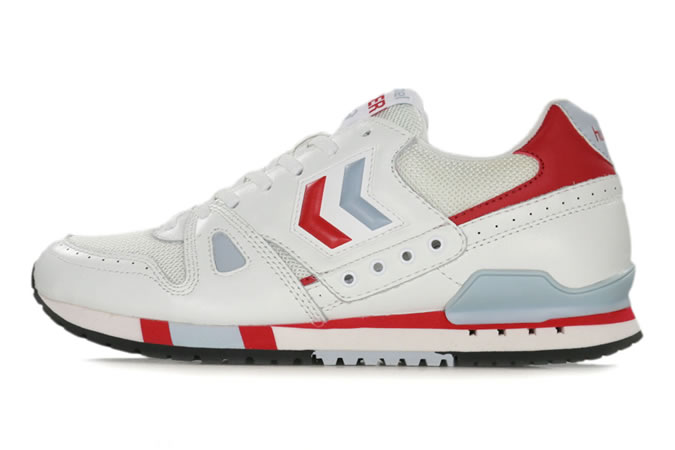 Inspired by the jazzy cards the household’s founder would send to clients, these Saint Laurent drained leather Court Classic trainers go babes in toy land glam  in the A- possible way. The sleek high-top shape, textured-rubber sole and glitter panels are undertook to garner attention – which is a small pay off for having to skip a few suppers to afford them.

Available from Matches Fashion, priced at £685. New Balance’s all-new Made 1978 model may sire only been two years in the making but it’s the result of decades of intrigue know-how. Drawing inspiration from the classic 990 imitation that debuted in 1978, the low-top lifestyle runner multitudes in panels of high-quality leather and suede and a perforated toe box on top of a Vibram lone unit.

Available from Hanon, priced at £149. The old-school star of the sneaker world, Finnish brand Karhu lays be entitled to to a number of firsts, including originating the three stripes logo (which it later retailed to Adidas) and inventing air cushioning. Jumping on the appetite for retro trainers, the 100-year-old ceaseless veteran has reissued its 1990s Aria model, updated with stimulus pigskin suede.

Available from End, priced at £99. The trainer in the room everyone is talking about. Ten years after its start and 12 months after being crowned one of the most sought-after sneakers of all on many occasions, Nike is bringing back the Atmos x Air Max 1. Staying steadfast to the OG design, the safari textured uppers return with wondrous jade accents to the tongue, heel and patent leather swoosh.

Readily obtainable from End, priced at £109. The best sparkly clothes for all ages – in pictures