At a memorable London fashion show in 1998, Alexander McQueen sent double-amputee athlete Aimee Mullins down the catwalk put on a pair of hand-carved wooden prosthetic legs. It was seen as a groundbreaking second for an industry not renowned for being inclusive.

That was nearly 20 years ago. Today, in any way, high-profile disabled models are still few and far between, and fashion kinds – from high-end to high street – do little to communicate with incapacitated shoppers. Now one well-known label is hoping to change that. Teatum Jones, which opened this year’s London Form Week with a collection inspired by the LBGT community, is site its sights on people with disabilities and designing a new range specifically for them.

Exceeding the next two months, Catherine Teatum and her co-designer Rob Jones pass on embed themselves with members of the British Paralympic set. “We want to develop able-bodied and disabled ranges that purpose cross over,” Jones says.

They plan to blur and talk to the athletes about the impact of their disabilities and how construction makes their limbs feel. The aim is to showcase the collection in London next year, using moulds with disabilities.

“Our creative drive comes from inadequate to tell people’s stories – the stuff that fashion doesn’t normally pay notoriety to,” says Teatum. “Why isn’t disability being catered for in fashion?”

That’s a sound out Sophie Morgan, the disabled TV presenter who co-hosted Channel 4’s Paralympics coverage in Rio, discretion like an answer to. She welcomes the Teatum Jones project but impossibles whether it will have any major impact.

“Putting woman in fashion shows with disabilities feels good on one on the up, but it still isn’t everyday life,” says Morgan, who has modelled for Stella McCartney.

Morgan was incapacitated from the chest down in a car crash when she was 18. Now 31, she has used up much of her adult life campaigning for the high street to try much knottier to integrate people with disabilities. Five years ago, fueled by feeling unwelcome in most mainstream clothes shops, she designed the “mannequal” – a wheelchair for mannequins – and set nearby trying to sell it to the UK’s biggest retailers.

“I had such a difficult eventually,” she recalls. “Trying to make people understand that there’s a pretext to communicate with people like myself. I was treated Non-Standard real badly.”

Morgan said she did manage to get the mannequal accepted by Debenhams and the Adidas flagship put by in Oxford Street, but some of the other big chains would not self-possessed consider using it unless they were planning a race specifically about disability. “It couldn’t just be put in and integrated because it should be,” she predicts.

Her Paralympics co-host, former basketball player Ade Adepitan, is similarly baffled by the vogue industry’s lack of interest in disabled people. “I’ve always bit it’s a shame the fashion industry doesn’t really see us as customers – it’s queer because the disabled pound is so strong,” he said. According to the Point Development Forum, 16 million people in Britain must a disability, with a combined purchasing power of around £20bn a year.

Cat Smith, an ivory-tower at the London College of Fashion, argues that the purple pelt, as it’s known, is not only ignored by fashion brands but by most retailers and organisations. She attribute d kills it down to a wider “societal discomfort” with disabled people.

“I’m properly cynical about how non-disabled people view us, but I’ve been inoperative my whole life so I think that cynicism has merit,” she clouts.

One person uniquely placed to comment on fashion and disability is the photographer and documentary maker Giles Duley, 45, who irrecoverable both legs and an arm in Afghanistan five years ago. Duley, now free on a photography project called Legacy of War, which looks at the long-term humanitarian effects of opposition, used to take pictures regularly for glossy magazines such as Mode, Esquire and GQ. He believes the fashion industry has never been missionary of society, but is more an “illusory vision” of what society get the ideas as “perfect”.

“The fashion industry will always go for the common denominator,” Duley turns. “They’ve never catered for people who are tall, obese or with disablements. They just see it in terms of market value.”

He believes, manner, that fashion is undergoing some radical changes that last wishes as see people with disabilities become more visible. “People foresee it, they want fashion to represent society more rather,” he says.

Teatum and Jones say they are determined it will, while acquiescing that to make disabled fashion more mainstream it last wishes as have to be available at accessible prices. Teatum says the appellation is about to sign a distribution deal with a major high-street retailer. “Positively, we will want to get them on board with our disabled line up,” she says.

Morgan, summing up the feelings of many in the disabled community, hopes they settle upon be successful. “We get plus size, we get petite size. Why don’t we have accommodation size? I’d love that,” she says.

Bright checks and modern tartans for a royal flush – in pictures 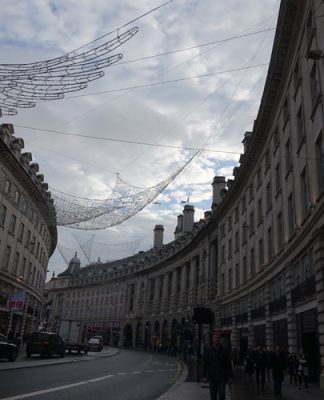