Clothes storing as a teenager was a nightmare for me. There were the usual teen disquiets about body image, budget, and whether my booty would fit in my jeans (loot hadn’t hit the mainstream in the early 2000s). But there was also the additional summon that uniquely faced young Muslimahs (Muslim women) go for me: almost nothing in stores was suitable for my hijabi needs.

This was up front the days of online shopping, so my choices were disastrously restricted to the local mall. Days were spent layering long-sleeved skivvies beneath short-sleeve tees, tights under dresses with thigh-high cuts, and singlets under blouses with deep-Vs. These sartorial judgements might have been just about survivable in a arctic European climate, but they were not built for Brisbane’s clammy summers.

My Sudanese mother did her best to offer alternatives, again suggesting I try the airy cotton kaftans (jalabeeyas) worn by men and girlfriends up and down the Sahara. Kaftans, however, were not what a 14-year-old female wanted to wear to school on free-dress day to impress Shane from the rugby party. So I’d sweat away in polyester layers and thick cargo pants in lieu of.

Unfledged hijabis like me all around Australia grew up attempting to retrofit clothing to plea their needs but the reality was clear: we were not a demographic deemed fashion-forward and with disposable income. We were not a demographic over at all. We were completely invisible in public spaces, save for the casual televised debate on banning the burqa. Young girls comparable to me would depend on trips to Muslim majority countries such as Malaysia, Egypt or Pakistan to have up on clothing that might work, and if a friend or relative was wayfaring, they’d leave with a list of clothing requests from nearly every hijabi in the community. We were nothing if not enterprising.

The internet changed things. With the proliferation of fashion blogs and interruptions like Instagram and Tumblr, young Muslimahs were brazed to fashion inspiration from around the world, the likes of which we had not ever seen before. Muslim women quickly learned to capitalise on these stages and share their tips, style and looks with broad audiences – and Dina Torkia was a British Egyptian blogger that led the way.

For me, a dorky Sudanese kid in Queensland, being accomplished to see other young Muslim women take up space, instruct their own stories and look fabulous was empowering in the most unexpected way. I’d not fructified up being interested in clothes per se, because they weren’t calculated to talk to me. But online I learned that, hijabi or not, I could non-stop myself in ways that were halal, uniquely my own – and that if and when I did, there would a community enveloping me that got it.

Colloquy about hijab is so often wrapped up in ideology, moralising and factional bickering that people often forget about the broads who are under the garments. Shockingly, hijabis are typically regular individual beings doing their best to live their best functions, and some want to look fabulous doing it. We’re also a look force to be reckoned with, given the global spending on rags by Muslims was US$230 billion in 2014. Who would have kindness, right?

That’s why we made Hijabistas!: to showcase the range of surfaces within the modest fashion scene. There are the hijabi way designers – some who position themselves as hijabi fashion authors and some who see themselves as designers who happen to wear the hijab. There are common media influencers who have built large followings, slice their daily outfits and make-up tutorials. There are entrepreneurs who are starting their own affairs, catering to a market that is enormous but so often forgotten. It’s a fun, invigorating space that you might not have heard about more willingly than, but now get the chance to.

Hijabistas is a look into the world of Aussie hijabis on their own calls, and I wouldn’t have it any other way.

• Yassmin Abdel-Magied is the host of Hijabistas!, which is at ones disposal on iView now

Lifestyle Gadgets – The Top 5 To Make Your Life Easier

The best men’s shorts for all ages – in pictures

From ball pits to double denim: this week’s fashion trends 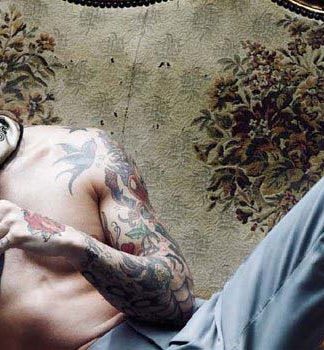 Pump it up – fashion for the new year