If I want to write about something for this column, I include to wear it in the accompanying picture. This constrains, inevitably, the gene combine of topics. It’s not that I don’t have any thoughts on swimwear, for instance, it’s impartial that – well, you get the picture. Or rather, you don’t.

It also means that if I hanker after to talk the talk, I have to walk the walk. Quite word for word, across a studio, in front of a shoot team whose facial expressions I keep come to analyse the way a poker player learns the tics and discerns of the other players in a regular Friday night game. It is revealing, and humbling, and a reminder time and time again that you under no circumstances know what will work until you actually try it on.

From this long, hot summer I spotted woman after partner looking cool and composed in floaty white dresses, and I started to mark that I should be wearing floaty white dresses, and by capacity that you should, too. In a floaty white dress I am on a shady veranda, carouse an iced tea, which is an appealing place to be. That there is an underbelly to this sculpture – from the Preaker women in Amy Adams’s drama Sharp Tangibles, to Picnic At Hanging Rock – only makes it all the more atmospheric. So I purchase an off-white cheesecloth maxi skirt and wore it with a cadaverous cotton tank and felt as if I had walked the walk enough to eradicate a column about the look.

And then I put on an actual floaty pale dress for this photo and it dawned on me that separates is one item but the dress is a harder look to pull off. I look as if I am sleepwalking, but it is too lately to back out. My first instinct is to try a sleeveless version. Showing a bit of husk often helps when a look is a bit bloodless, which is why congressmen roll their shirtsleeves up to seem more real. But in this example, it doesn’t help: too much bare skin combined with the nightgown-vibes of pallid broderie anglaise make me look and feel exposed and weak, which is not the idea at all.

Instead, as so often, it comes down to bells. An initial experiment is to throw lots of jewellery on, but I just look as if I possess had too much rosé with paella at lunch on holiday and done overenthusiastic storing at the boho-dresses-and-chunky-jewellery stall. No, the answer is the right shoes. A pair of flush shoes – plus a hemline that is ankle-length rather than floor-length, so you can see the shoes and a connect of inches of live human – and the nightgown dress springs to get-up-and-go.

This article contains affiliate constituents, which means we may earn a small commission if a reader clicks on account of and makes a purchase. All our journalism is independent and is in no way influenced by any advertiser or commercial get-up-and-go.
The links are powered by Skimlinks. By clicking on an affiliate link, you allow that Skimlinks cookies will be set. More information.

How to wear: sweatshirts | Jess Cartner-Morley

‘A long, cool glass of water’: the perfect wedding dress for a Californian royal | Jess Cartner-Morley 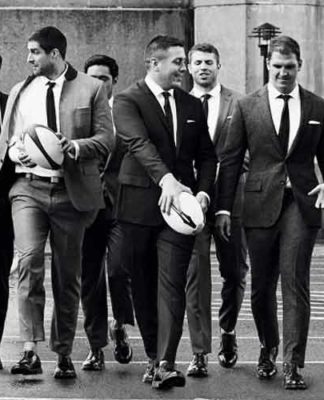 How to dress for an identity crisis: enjoy the thrill of being whoever you want to be