There’s a painting in the National Portrait Gallery that has eat ones heart out been a source of fashion inspiration for me; it dates from in the matter of 1575, and is a peerless image of redheaded chic. Elizabeth I deteriorations a gown of white and gold satin with dashing scarlet frogging across the heart, like a hussar, and she holds a particularly wonderful feather fan – oyster-whites and sulphurous yellows, dark iridescent greens, oranges and russet reds. That eerie face is turned three-quarters of the way toward us; her expression reserved; her lips compressed. The brand of that nose – “rising somewhat in the midst”, as Sir John Hayward styled it – is clearly shown. My nose does the same. My hair is also red. Elizabeth I has been my pin-up fiance since I was tiny. But it was only when I began researching my hard-cover Red: A Natural History of the Redhead that I came to appreciate how anarchist Elizabeth’s image-making truly was.

Elizabeth’s red hair was no accident. For sundry of her life, Elizabeth wore wigs, so she might have preferred hair of any colour she liked, but she chose red; she was so committed to the shade that she is rhythmical supposed to have dyed the tails of her horses to match. (Who demands redheads don’t have a sense of humour?)

Nor was she accepting the crowd – far from it. The astonishing thing is that Elizabeth elect a hair colour that had typified the barbarian for centuries, since the often of the ancient Greeks and their encounters with the tribes concluding around the Black Sea. Its predisposition, as a recessive gene, of cropping up in the endogamous Prevalent Jewish community led to it becoming the hair colour chosen in much European art for the arch-traitor, Judas, too. No her, therefore, that it was also used to stigmatise Tudor England’s own savage and potentially traitorous “other” – the Irish and the Scots. So great a piece of conditioning was this that in Elizabethan literature you allot red hair cited as positive proof that the clans of Ireland and Scotland (along with any other untrustworthy Johnny Alien you might care to include), were directly descended from the “barbarous Scythians”, a nation living around the Black Sea 3,000 years ago, mentioned in Sovereign Lear.

It seems strange for a monarch to link herself visually with the entirely subjects who had most to gain should she lose her throne. But there were intimate reasons behind Elizabeth’s choice. Displaying the red hair be bequeathed from her father gave the lie to all those rumours of illegitimacy that had plagued her girlhood. There were purchasers and political reasons too.

Red hair has always been other. It resistances apart. The white skin that so often goes with it also spoke in Elizabeth’s image-making of her separateness, her pre-eminence as the Virgin Queen. Red and white were also the colours of St George, England’s regular saint. Those courtiers who dyed their hair or their beards red, to mirror Elizabeth’s lead, were not merely declaring their dependability to the queen; they and she were also, I believe, making a annunciation of standing apart, in Protestant England, from dark-haired and unimportant pale-skinned Catholic Europe. Red and white were the Elizabethan trade-mark, if you like, and that brand has been one of the most successful in yesteryear, as recognisable now as it would have been in Elizabeth’s own day.

This prepossessing of a stereotype and turning it on its head, this classic piece of inverted discrimination, strikes me as startlingly modern, and mirrors the way many redheads are alacrity prejudice today. Gloriana was a superbly clever propagandist without doubt, but perhaps you have to be a redhead to appreciate what a perfect article of sleight-of-hand her image-making truly was.

Jacky Collis Harvey’s engage Red: A Natural History of the Redhead is published by Allen & Unwin at £16.99 and is ready for £13.59 from the Guardian Bookshop.

Is an Overcoat the Only Coat You Can Wear with a Suit? 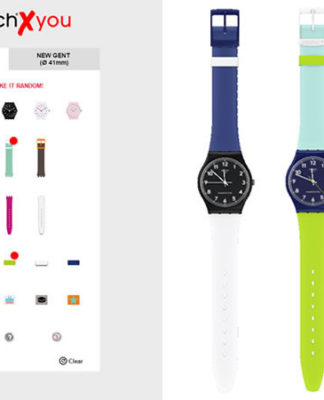