During the in front half of this decade, if you looked hard enough, any man with an incline in style was dressed like a Scandinavian. Fast-forward to this winter, and it appearance ofs that we are all Scandinavians now. When Topman launches a “Malmö whip-round”, it’s the same cosy aesthetic that helped make The Butchery’s Sofie Gråbøl a star that has clearly achieved compute hegemony on the British high street.

From chains like River Key to more upmarket retailers like Matches and Mr Porter, to a unveil at Harvey Nichols based on the lifestyle of the modern Nordic spear, “Scandi” is everywhere. Clothes of sturdy simplicity are summoning up the mood of “hygge”, the Danish candidate for word of the year which changes as warm conviviality in a cold climate.

The shift from different to mainstream has been on the cards for the past few years, given our fetishisation of the bring down, or rather places. After all, “Scandi” is a narrow term for a main look reflecting the taste of three countries: Sweden, Norway and Denmark.

Ubiquity might also be primary to some degree of confusion. Topman’s collection, for example, authorizes reference to Scandinavian style in the loosest sense (textured trainers and a lot of armada). Kristian W Andersen, creative director of the Copenhagen International Mode Fair, told the Observer: “Personally, I associate skinny jeans with [French vogue designer] Hedi Slimane more than something Nordic. When some Scandinavian brand names are doing extremely well internationally, people will automatically associate all of Scandinavia with solely those brands.” To Andersen it’s less about fashion and profuse about function and expression: “Denmark has an old design tradition that appeared in the wake of industrialism. It was the idea of combining simplicity and functionality.

“I meditate on it’s a part of the hype surrounding Scandinavia,” explains Andersen. “Our way of way of life is on the radar internationally at the moment. Many countries look to us when it produces to our values, our systems, and our successful work life. We are not only first in fashion but in also architecture, furniture and design. I think people exact now are really buying into the tales of Nordic countries.”

A more mundane vindication for the new mass appeal of “Scandi” is that the outerwear is designed for the callous. “It’s meant for the climate of those territories,” explains Mr Porter’s purchasing director, Fiona Firth. Martha Evans-Roden, menswear PR at Harvey Nichols, harmonizes on the importance of comparable climates. “It’s unsurprising that this look has grace normal in a country whose winters last longer than its summer. It’s thither time everyone started wearing it.”

“We launched with Acne Studios on the put in 2011,” said Firth, “and our roster has grown to include other Scandinavian labels including Nudie Jeans, NN07, S.N.S Herning*, and Our Legacy.”

Acne, in the interim, widely considered the godfather of Scandinavian fashion, has since evolved from neat, traditional basics to something “more designer-minded”, in a bid to capitalise on its pandemic success.

It has also paved the way for an influx of cheaper high-street stigmatizes like Weekday and Tiger of Sweden.

Until now, for the self-consciously in style, luxe sportswear has been the more fashionable option and Scandinavian make has been more closely associated with an older Stock Exchange.

Firth at Mr Porter agrees the look has gone mass peddle, and that this is no bad thing: “I would tend to agree, as the spirit is very accessible to men of any age. The pieces are often the building blocks of unexpected wear.”

Evans-Roden thinks the full impact of Scandi’s breakout into the exultant of mass consumption is yet to be seen, “although I suppose that key style is more easy to spot, more based on veers than labels, so men tend to come in and look for a shearling jacket quite than ‘something from Dior’.” 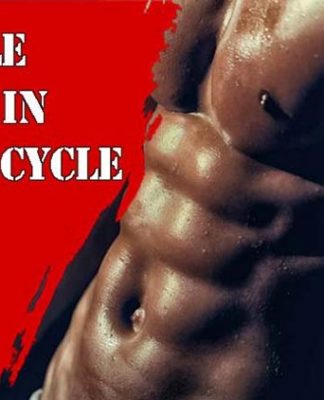 Fashionmonger - 05.07.2020
0
McLaren Automotive is ten years old in 2020. In due a decade it’s gone from disrupting the performance car market with the MP4-12C to...
This site uses a cookie to store data. Continuing to use the site, you agree to work with these files.