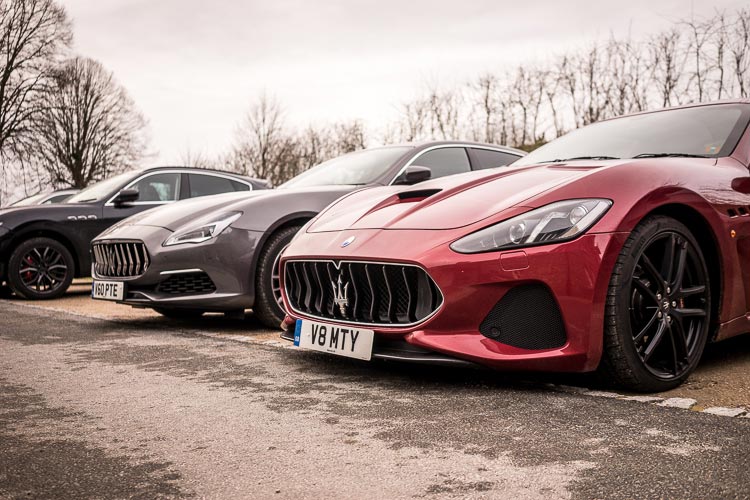 When structure a mental list of beautiful cars, it’s fair to say that most intention produce a list with heavy Italian influence. The power has a rich history of designing exquisite cars, from a bounty of brands. Whether it be sports cars, grand tourers or impassive SUV’s, the Italian’s seem to have the knack. Maserati certainly lag into that category, with a range of elegant conveyance shapes and sizes available throughout their range. We were invited to Beaverbrook Pension for a look at their 2019 offerings, along with a bit of Italian savoir vivre… 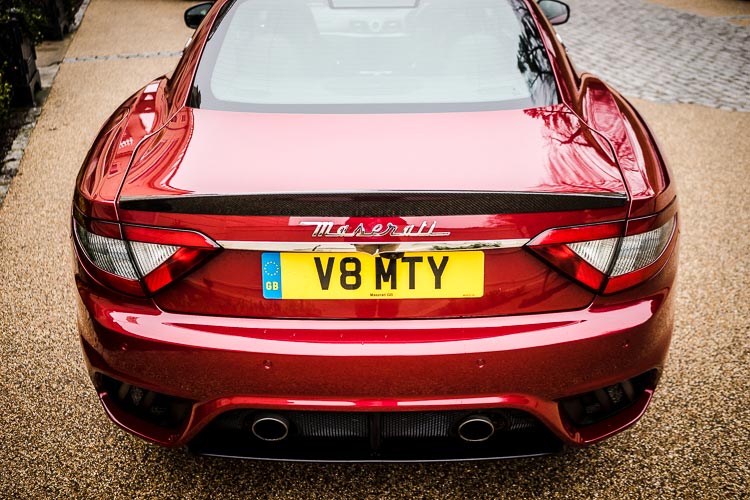 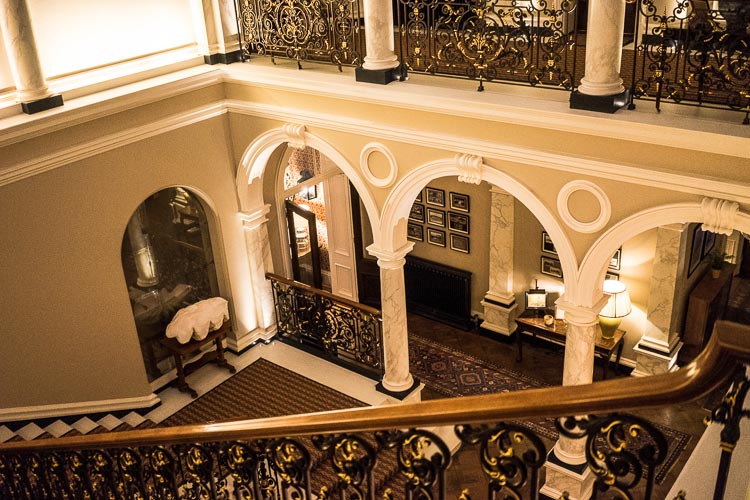 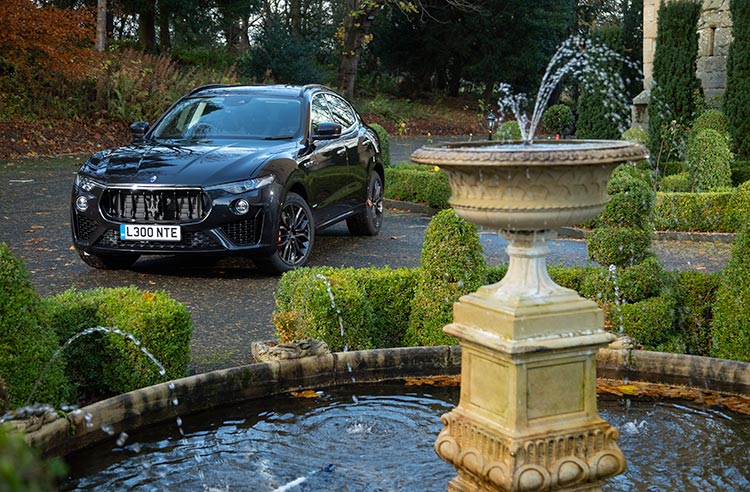 Maserati brought along with them a unhurt range of cars to test – from the lairy GranTurismo MC coupe to the SUV based Levante. With so multifarious beautiful cars to fit into a short length of time, I put myself impertinent for an early drive of the Granturismo MC. As Maserati’s range-topping GT car, it comes suitably gave with a mix of leather, alcantara and carbon fibre. This isn’t a GT car in the that having been said vein as say a Bentley Continental however, with a much heavier significance placed on the driving experience. For all the digital computing power of fashionable cars, the MC goes a little analogue old-school.

Up front holds a large, naturally aspirated (4.7L) V8, pumping out 460hp which thumps the ‘MC to 60 in 4.7 seconds. In terms of raw numbers, it’s not the most arousing engine – but it more than makes up for it with one of the finest soundtracks approximately. Then there’s the looks. It’s the least-subtle from the Maserati spread, with carbon splitters and lips adjourning the exterior, but boy does it shape. Finished off in stunning ‘Rosso Tironfale’ paint, the GT MC is perhaps the most charming car I’ve had the pleasure of driving.

Sadly, the driving experience was hampered quite by the English weather, with damp roads and summer tyres providing considerably dwarf grip than the V8 demands. The MC was would light up the rear tyres with serenity, but the soundtrack and driver-focused feel left a real impression – one to try again in warmer out of sorts! 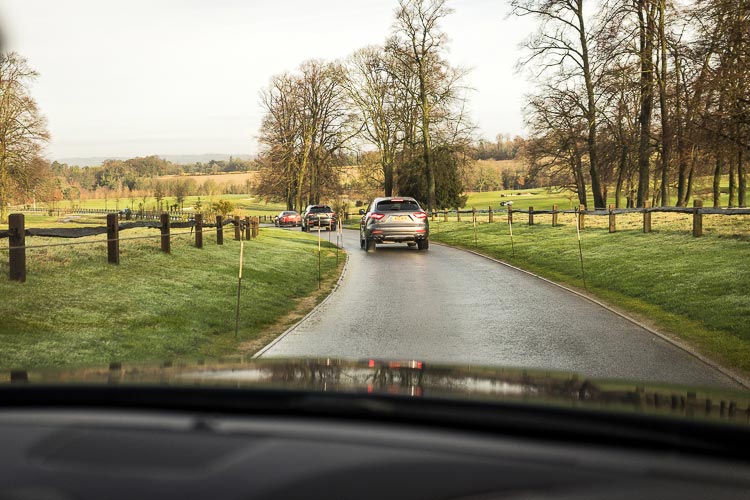 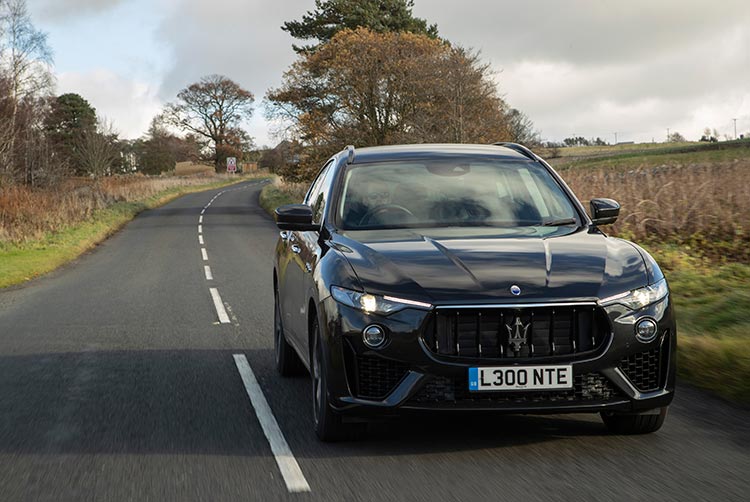 The second day of the event featured two other models from the Maserati vary; their 4 door Ghibli saloon and Levante SUV. The Ghibli was up fundamental; fitted out in GranLusso trim (comfort-focused) with a 3.0L 275hp Diesel locomotive, Blu Passione paint and the Bowers & Wilkins audio option ticked (a £2,300 opportunity). Of all the Maserati’s on show, it’s perhaps the least-striking to look at from the the world at large, but still carries the signature front grill and angular happy-go-luckies that give it an un-mistakably Maserati look and presence.

On the interior, the interior is beautifully assembled and strikes a good balance between archetypal styling and modern technology. Time with the car was short, but the technology (filing adaptive cruise and lane assist) is well integrated and the significant touch screen nice and responsive – even if its chunky bezel is a paltry old-school. The Bowers & Wilkins sound system packed a trusted punch, with audio quality of an incredibly high regulatory – a feature that would be a joy to explore further. 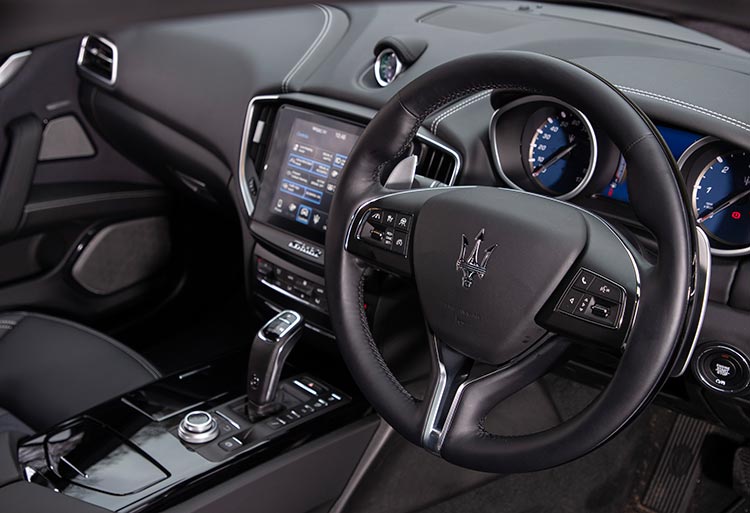 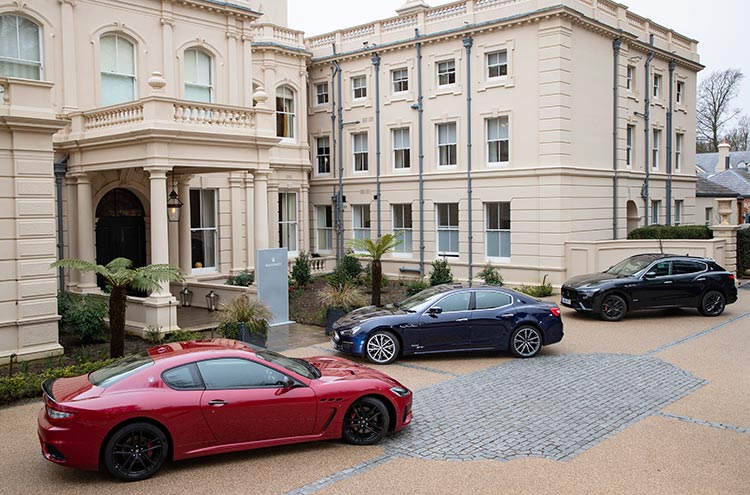 The Diesel motor up-front initiates a fair bit of poke – 600NM of torque from 2000rpm is not to be sniffed at; 62mph can be attained in 6.3 seconds. Anyhow, whilst Maserati’s efforts to produce a soundtrack fit for the Maserati badge are top-drawer and impressive, it simply cannot match the bark of a petrol mechanism. With that in mind, I swapped keys during a stop-off and started in a 350hp petrol Levante GranSport.

The interior is instantly recognisable from the Ghibli, but with the Gran-sport fringe the seats focus a little more on support rather than opulence. In ‘standard’ mode, the engine offers a subtle, tuned note which fundamentally offers a hint as to the delights on offer via the sport button. Valves free, the exhaust has a real performance bark to it – not dissimilar to the Alfa Romeo Stelvio Quadrifoglio. Further aural partisan is generated by the optional 430hp V6, which has an even more assertive note. 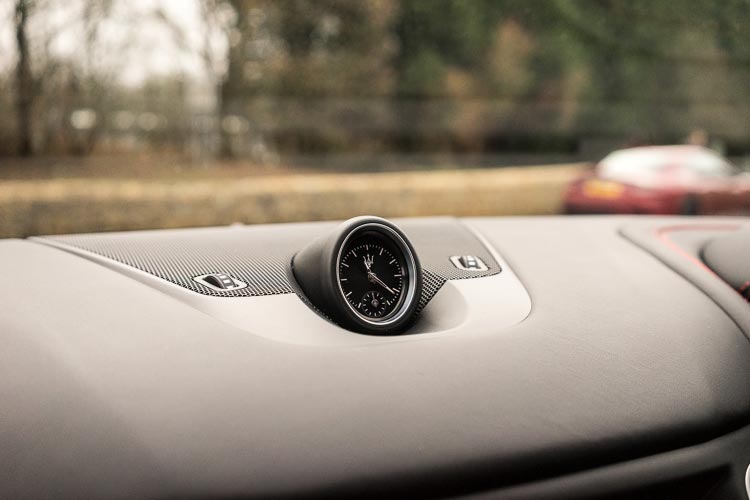 Cabin-side, it feels very spacious and well stored out – it took only a few minutes to feel fully at-home also gaol the Levante and the leather has a delightful ‘Maserati’ quality to it. Spirited ride was in short supply, but the chassis hinted towards potential greatness, with vastly little roll in the corners, good steering feel and relief. Could this be a real competitor to the Stelvio’s ‘driver’s car’ SUV fulfil?

Perhaps the biggest surprise of the event was the pricing. Maserati be undergoing worked very hard to make their cars profuse affordable, with the result being a £53,415 starting quotation for the Ghibli and £58,315 for the Levante. Admittedly, it’s easy to quickly blow up this with options (as tested Ghibli/Levante evaluates were £74,465/£82,790), but the basic price must surely broach a few eyebrows with competitors. Admirers of the Maserati badge demand note. 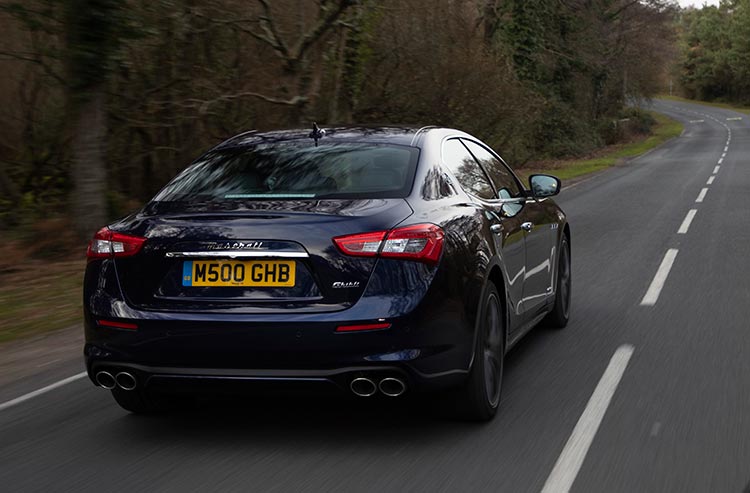 With the thrust over on day 2, Maserati lined up a cooking experience with famous Italian chef and TV regular, Francesco Mazzei. After an introduction, regular guidance and discussion, a simple task was laid out; cook Francesco’s truffle risotto plan to perfection.

Ingredients were mostly pre-measured, but a few of the key items were liberal to our own desires, allowing our personal taste to influence the dish. A top tip from Francesco was to add the hackneyed to the Risotto cold, which helps to draw starch from the rice and frame a creamier dish – advice duly taken on-board. The urgency was on; as a half-Italian myself, I knew all too well the disappointment it would agent should I not win. The competitive element added a great deal of fun, with a dozen scribes going head to head to win a promised prize.

Final dishes were assisted up and each tasted by Francesco himself. Deliberations ensued, in the forefront Francesco returned to announce the winner – team MenStyleFashion had arise out on top – I could return home with pride.

The whole go through was truly unique, and was followed by an Italian meal served from the Beaverbrook cookhouse. The Beaverbrook in itself is a truly fascinating venue, which on have to be revisited by MSF in the future to do it full-justice.

With a lot packed into our 2 days with Maserati, it’s conservative to say we got a real flavour for the brands 2019 ambitions and look foremost to working with them again through the year. A big Sometimes non-standard due to you to Maserati GB & Francesco Mazzei for being such fantastic presenters. 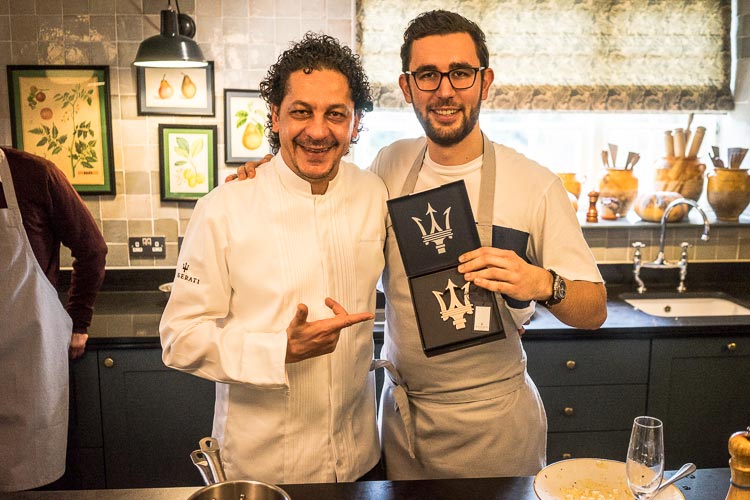 No posers, no preppies – the Marc Jacobs dress code goes... 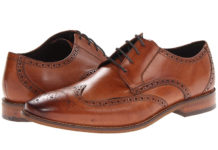 Think print: H&M to launch a new collection based on the... 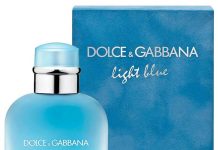 Top 5 Men’s Fragrances for This Summer