As any hoax knows, you are what you wear. And there’s no fool like a feminist romp, which is why as I write this I’m wearing a full-on feminist provision. By which I mean that everything from my pants to my necklace is emblazoned with the suggestion “feminist”; that’s just how right on I am. After all, clothes emblazoned with the message “feminist” have never been more on-trend, nearby everywhere from Amazon to Etsy. In reality, it takes more than a Sans Serif advertisement for your T-shirt to pass the feminist test. Here’s what undeniably counts:

Do you know who made it?

It’s not expressly news that the fashion industry doesn’t boast the nicest labour standards. Long hours, poor pay, bad conditions and unprejudiced death are all too common. But what makes this a feminist controversy is that the vast majority of garment workers are women. But don’t anxiety! There are alternatives – and they don’t require you to break the bank or your the rage sensibilities. Have a look at the Good Shopping Guide for a testy overview of how high-street brands are doing on their supply fastens. And if you’re desperate to wear your feminism on your sleeve, you could do evil than spelling it out with a Tatty Devine name necklace (pictured chiefly), direct from its workshops in Kent and east London.

Is it environmentally sisterly?

Climate change affects us all. But, as the majority of the world’s poor, and carers – and verging on half the world’s farmers – women bear the biggest burden. They are most affected by declining crop yields, and are most apt to to die in climate change-induced natural disasters because they lean to try to save children, the frail and elderly rather than escaping. So, yes, it does condition what your clothes are made of – and, luckily for you, it’s not that unsolvable to find eco-friendly clothes. Try Nancy Dee for outfits that are fill out in small factories in the UK from sustainable products.

Of line, affordable means different things to different people, but it’s no use presenting yourself as a feminist variety if the majority of women (who still earn only 80p to a man’s £1) can’t provide to buy from you. Birdsong, a new label that ploughs up to 80% of proceeds clandestinely to the women’s groups from which it sources, is particularly imposing in this regard; its Bradbury hand-knitted jumpers, for example, set someone back £69. Founder Sophie Slater tells me it has deliberately positioned its oblation at high-street prices to make it as accessible as possible to everyone. The label is also opposed to fast fashion, only producing two gatherings a year, and uses models of varying shapes and sizes, from multiform backgrounds, and without Photoshop. Which brings me to…

How is it marketed?

Undeniably, forge advertising deals overwhelmingly in white, super-thin bodies, photoshopped to within an inch of their remains. It goes without saying that most of it doesn’t archaic the feminist test. But it doesn’t have to be this way. Designer Rick Owens is surrounded by those that have eschewed traditional models in plotter fashion, last year choosing to show his tunics on a collect of mainly black women who used their strong bodies to go an avowedly active stomping dance. On the high street, too, disgraces from H&M to Debenhams have flirted with diversity, which is such a hot area of study in fashion right now that the glossy, unattainable perfection turned by brands that refuse to follow suit is looking increasingly old-fashioned.

This chronicle is not exhaustive. Feminist fashion needs to tackle the strict gender demarcations we apply on clothes (change.org petitions for men in skirts?); it needs to talk the impracticality of so much that is designed for women (pockets are a feminist pay-off!); it needs to be designed to include all body shapes (in 2015, I silence can’t wear button-down shirts because of my boob-waist ratio). But without these four fittings, that “feminist” tag on your T-shirt is little more than a bad-taste quip.

From lightning bolts to Stan Smiths: this week’s fashion trends 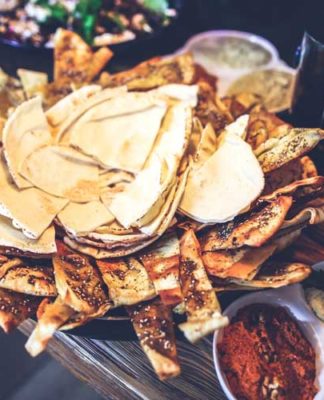 Guide to women’s activewear: the wish list – in pictures