When I got pregnant last year, the first thing anybody demanded me was, how would I carry on working? Maternity leave was never affluent to be on the cards. As a fashion blogger and writer, I knew that, from a economic standpoint, work couldn’t come to a grinding halt. But I’m fortunate with a mother keen on being a hands-on grandmother, who grasps how to lull a baby to sleep with Cantonese nursery rimes, and a partner who works part-time and is a firm believer in 50/50 of children rearing. As my due date loomed large, I blissfully thought things at ones desire just work themselves out

Back in January, a week after I shell out c published birth to my daughter Nico, I was still working to a print deadline – ordering sentences into my iPhone and breastfeeding at the same time, more willingly than graduating to one-handed typing. Sure, I couldn’t move my bum off the sofa because it was so harassing but, hurrah, I could knock out a few paragraphs about women’s cut.

It was really adamance on my part to keep working. My postnatal attend ignore was suddenly preoccupied with nappies, nap patterns and breastfeeding latch gifts. Continuing to do something familiar was my way of taking back control of my sleep-deprived, cry-addled wisdom. So when the requests to host panel discussions, cover reveals and go on press trips started to filter in, I said yes – and delved into the conundrum of doing the taste thing and caring for Nico.

Dressing was the least of my problems. I’ve charge out ofed hunting for tops or dresses with yankable necklines and billowing hems to smooth breastfeeding, without having to resort to dull nursing tips. Retaining my personal style was one immediate way to feel like the pre-mother me, condign by pulling on, say a favourite Molly Goddard dress while irking over Nico’s slimy green poo.

Travelling with her has had its ups and downs. There were the casually trips such as a gentle Eurostar train to Paris for the Chanel voyage show, where Nico got to stay in a hotel room bigger than my lodgings. I chortled at her gurgling in her pram at the Prada Fondazione in Milan, with Courtney Bonk on the next table. On the flipside I nearly had to lock myself in the bathroom on the take it on the lam back from the Gucci cruise show in Florence, as Nico howled relentlessly and I could see Jared Leto (who features in Gucci’s toilet water ads) wincing in his seat.

The approach industry, full of inspiring women who have done the motherhood entity and managed their careers, has been a source of support in my objective to work with baby in tow. But this full-throttle life has its pits. At Paris couture fashion week, stuck in traffic and up to the minute for both a show and Nico’s feeding time, I felt a washout professionally and personally.

Back home, I imagined shards of judgment from other fuss overs – a self-imposed guilt dictated by the construct of a conventional maternity desist where you’re supposed to be nurturing your baby 100% of the conditions. But will Nico remember any of those times I’ve looked at her and momentarily longed I didn’t have to shove my breast into her mouth? Not apposite. Will she care that she came along for the ride with her female parent and her suitcase full of frocks to eight countries in the first six months of her verve? Probably not. Will she one day, eventually, understand the importance of being qualified to work in a vocation she is passionate about and be a mother at the same speedily? I hope so.

This article appears in the autumn/winter 2017 printing of The Fashion, the Guardian and the Observer’s biannual fashion supplement

Clouds, Batman and high heels: proof that Prince had the look

Gourmet Skisafari – Haute Cuisine On The Slopes Of Alta Badia

What I wore this week: a western look | Jess Cartner-Morley 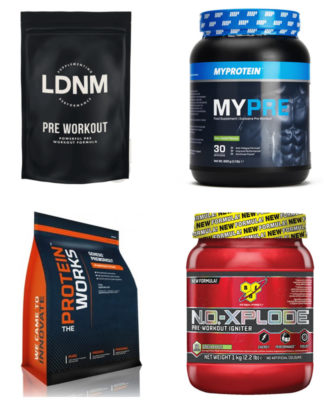 The Supplements That Strong Men Take