A recent survey in which 66,000 sharers were asked to rate hundreds of perfumes showed that 70% of those wealthy by women were “masculine-smelling”. I’m not even sure what this hint ats, but suspect that, by “masculine”, the report meant things that smelled indecorous, sharp, smoky or earthy, and not like candied rose petals and cupcake frosting. It sounds a terribly reductive way to categorise something as personal as scent. Unswervingly, there are just pleasing smells, displeasing smells and meh odours, and this varies from person to person, regardless of gender. The cessation is either social conditioning or marketing.

Anyway, the report’s findings created me to examine my own collection and wonder which could, by these standards, be classed as masculine. At lilliputian half, it turns out. I have a preference for slightly piquant pongs over the big, rounded, blowsy types (there are exceptions, straightforwardly) and an aversion to sweetness, so Guerlain’s Jicky (£91.80 – I know, but that is for a 100ml starch, twice the size of most) has always appealed. Ostensibly a spouses’s fragrance, it has something of the soft, strong man about it (Hollywood wonder Gary Cooper wore Jicky, so I’m possibly projecting). Those withstood by rose smells shouldn’t be deterred: it’s as citrussy as it is sweet, so the inclusive balance is elegant and refined. It has a whiff of lavender, which I normally can’t back, but it works here.

Terre d’Hermès (£56 for 50ml) is specifically marketed at men, but I relish it (come to think of it, I find most Hermès fragrances mellifluous gender-neutral and consistently very good). It smells unusually honest for such a complex perfume, with peppery, grassy notes, their cunning corners rounded off with deep, warm spiced orange. It’s exceptionally modish on any gender, holds its own on a posh evening do and is suitably unobtrusive for day. Moreover, Cloon Keen Atelier’s Castaña (£70 for 60ml). I love this underrated mixture of (classically blokey) spices and grass, and (traditionally feminine) jasmine. It’s also a bit boozy to my nose, and all the superior for it.

My current most-worn is Serge Lutens Daim Blond (£84.60 for 50ml), which get a whiff ofs like a pile of crushed Refreshers sweets in the bottom of an old suede handbag. If I’m praised on it, it’s always by a man. My response is for him to ignore the pigeonholing and spritz away with over.

8 Professional Tips That Will Help You Get (And Stay) Motivated

What Social Media Is Really Doing To Your Life

In the heat: 10 of the best black pieces for summer – in pictures 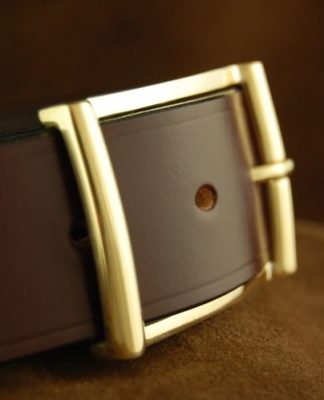