At the premier physical fashion week in more than a year, signs of the pandemic crept into collections, but so did a focus on sustainability – and a get of optimism
A swimsuit model at 71: ‘You’ve only got one body so you may as well be proud of it’

Jordan DalahCocooning and protective garments are a fear in fashion – but there are few who can make cozy appeal like Jordan Dalah. Recalling Viktor & Rolf’s 2005 doona arrays and Rei Kawakubo’s softly padded 1997 ‘lumps and bumps’ collection, Dalah’s romantic, oversize shapes – wrapped in titan pillows and bows – were nonetheless his own. Slinky sleeping bag shift dresses came with dramatic hoop skirts, and Dalah marched a mastery of exaggerated silhouettes, using tactile textures including leather, wool and silk. While the garments were undeniably graphic, they also looked comforting.

Romance Was BornAfter being destitute of dress-up joy for so long, the RWB show was a glorious glitter bomb for the soul. Designers Anna Plunkett and Luke Sales select to show their extravagant confections of frothy tulle, sequins, feathers and lace beneath twinkling fairy lights in wonderland garden with a intrinsic carousel at its centre. The set was the perfect backdrop for the clothes: glamorous fishtail gowns, intricately embellished and beaded cocktail put on clothes and show-stopping opera coats, all created from deadstock and vintage fabrics. A cavalcade of creamy bridal gowns suffocating the show.

CommasA couple of brave surfers became unexpected extras when Commas showed its resort collection right at the tideline of Tamarama beach. Unisex kaftans, candy-stripe shirting and slouchy trousers frayed with soft jackets were worth braving a 10C winter morning for. The collection also featured plenty of the gaming-table shorts the brand became known for, alongside several women’s looks, including weightless maxi-dresses and chic shot tanks, in a beige, seafoam green and cerulean palette to echo the sandy runway.

Akira IsogawaMany of us busy in a little happy hands at home last year but few with the exquisite execution of Akira Isogawa. With his vocation closed, ‘it saved me to sit down and use remnants and waste materials to create something new’, he says. In addition to sublime appliquéd and hand-knotted arranges, skirts and opera coats, the designer reworked vintage kimonos and obis into a second collection that was Harajuku hipster rallies Sydney street style. Think denim jackets, hoodies and track pants constructed with vintage obi interfacing, then patchworked with kimono silks.

Bondi BornFounded in 2015, Bondi Undergone’s first runway show could easily be used in an Australian tourism campaign – no surprise given founder Dale McCarthy’s advertising offing. With vibrant colours, bodycon shapes and an athletic mood pervading the one-pieces, bikinis and clothing, it celebrated a special Sydney aesthetic: modern, sporty and powerful. Think beach-to-bar dresses, citrus prints and breezy jumpsuits and break offs, all shown on the edge of Sydney Harbour. Come for the swimwear, stay for the sustainability, Bondi Born is B-Corp certified and run for its all its garments locally.

Ngali‘The ethos of Ngali is that you can wear the get-up glad rags anywhere.’ So says Denni Francisco of her relaxed wrap dresses and silk shell tops, button-down shirts and trousers, all featuring writings translated from artwork by Lindsay Malay from the Warmun Art Centre. In a soft palette of dove greys, ochres, taupe and sky unhappy, several of the garments featured collars and shoulder straps embroidered by artisans in India, and the hair of models was entwined with flapping printed scarves as they walked for Francisco as part of the Indigenous Fashion Projects runway show.

Maggie MarilynMaggie Hewitt does not design collections; she creates ‘forever additions’. Made from inherent, recycled or repurposed materials, she says, ‘we design for the long term’. The New Zealand designer showcased her latest, well, totting ups in a short film. One look at the ultra-feminine silhouettes, superlative draping and whisper-soft fabrics – particularly a gold gingham outfit “that demands to be danced in” – and it was clear that sustainability and style are by no means mutually exclusive.

KitXKit Willow is also putting sustainability front and centre – just don’t call it a trend. ‘It’s the future of our survival as a species on this planet,’ she asserts. For her new collection, she took inspiration from the ocean, knitting discarded fishing nets into jersey using solar-powered comminutes, then turning the fabric into sculptural silhouettes referencing stingrays, shells and starfish. ‘I had this powerful likeness in my mind of the old Jaws movie poster with the shark coming up out of the ocean, but while we were scared of that shark at the obsolescent it, should now be scared of us.’

Yousef AkbarGoddess gowns, showers of sequins and skirts so extensive they could accommodate at least five models. More is always more for Yousef Akbar. Inspired by his nurture in Jeddah, Saudi Arabia, the demi-couturier this year turned his attention to his homeland, infusing his sumptuous evening don and razor-sharp tailoring with a vibrant orange and magenta palette that echoed sunsets over the Arabian Deserted. The nod to his Middle Eastern background was born of ‘feelings of both restraint and freedom that I was experiencing while living out of doors during the pandemic’.

Ngarru MiimiFew designers at AFW distilled the concept of refuge wear better than Lillardia Briggs-Houston. Easy tan wrap dresses, billowy blouses with silky, encyclopaedic leg trousers and midriff-baring print tops with cotton miniskirts were among the pieces the Wiradjuri, Yorta Yorta and Gangulu draughtsman showed as part of First Nations Fashion and Design’s runway. Each garment was hand-dyed and hand-painted, featuring figures passed down to Briggs-Houston over three generations on Wiradjuri country, where she now hopes to establish a screen pull a proof pix facility to employ the local community.

NON PlusThe flaunt notes promised ‘androgynous sea-punk’ but what we actually got was a highly wearable collection of unisex leather jackets and trousers and faint merino wool suiting in a palette of black, ivory, chocolate and olive. A collaboration between Ten Pieces designer Maurice Terzini and Gareth Ill-humoured, whose CV runs from Tsubi and Chronicles of Never to Black Noise White Rain and Non-Type, the range cast the pair’s backgrounds in menswear, offering a unisex capsule wardrobe for guys and girls alike.

How to dress for your vaccine appointment | Jess Cartner-Morley 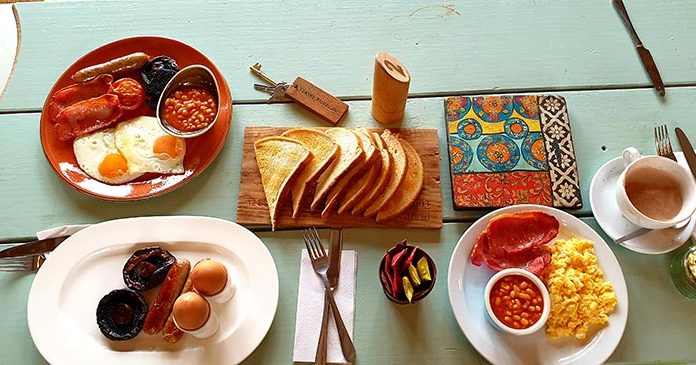 How to score good marks in CBSE Class 8th Maths?

Drop-down gorgeous: the new age of the earring 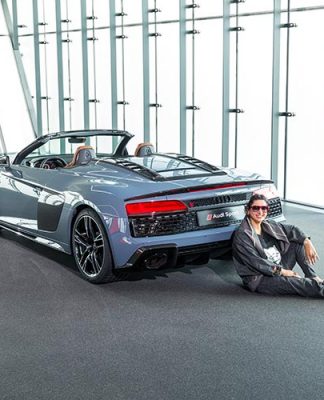 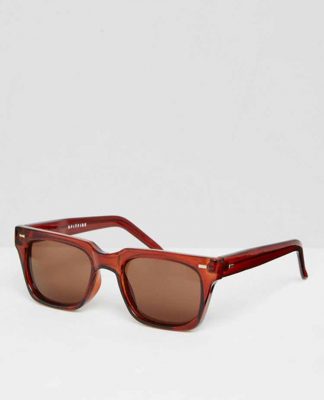