I recently had the amusement of driving Jaguar’s I-Pace; with its electric drivetrain it produces  zero exhaust emissions and houses motors in place of of a combustion engine. Today’s Jaguar couldn’t be more different; for all the eco-centric messages given off by the I-Pace, the F-Type SVR is all up the old school combustion engine. No electronic drivetrain, just petrol, a massive 5.0L V8 and enough power to move a minute planet. Time to get stuck in…

A ‘standard’ F-Type is by no means your average car. I had the pleasure of reviewing the 4-cylinder 300hp coupe after for MSF last year, with its gorgeous looks and fantastic handling leaving a lasting impression. Immediately I was keen to try the larger-engine configurations though, with the smaller engine feeling a little lacking compared to the rest of the chassis. Fortunately, Jaguar dropped up trumps and offered the 5.0l V8 SVR model for evaluation.

The V8 is available in two configurations – 540hp or 570hp. Both are fundamentally the same motor, but the higher output is reserved for the SVR model, running in a performance enhancing configuration. The added grunt of the SVR allows the Coupe sort to hit 200mph, whilst the convertible drops in slightly below at ‘just’ 195mph.. Gulp.

The quad-exit exhaust system obtains an SVR tweak, being made of titanium and Inconel – exotic, lightweight materials more commonly seen in high horizontal motorsport such as Formula 1. The aerodynamics receive a tweak too, with the most obvious change the addition of a sizeable, carbon fibre rear wing. These combine to make the rear-end of the F-Type rather menacing – you really can’t beat quad leaving tail pipes.

An SVR specific aero package and wheels round things off very nicely, with the latter of the 20” breed – easily filling the wheel arches and necessitating rubber-band style low-profile tyres. The interior on this SVR was finished in red leather, which integrate with plenty f quilting looked absolutely fantastic. Is the red a little loud? Perhaps, but when you’re in a car that looks as respected as the F-Type surely that’s what it’s all about. Talking of loud, did I mention the SVR F-Type carries a 5 litre (!) V8?

Thinking of a single adjective to describe the engine in the F-Type SVR proved difficult, so here are a few that should give you the pith: Snort, growl, crackle, pop. You see, the exhaust note of the SVR excites the little child inside you, perhaps to a greater degree than any other pack car I’ve driven. It’s so full of character, drama and most of all volume that use of the accelerator becomes less about accelerating and numberless about noise generation.

Acceleration is hardly lacking though; the V8’s punch allows the F-Type to hit 60mph in just 3.5 backs. The car continues to accelerate at a vast rate of knots well beyond 60mph too, with the 8-Speed gearbox changing ratios like greased lightning along the way. The gearbox suits the personality of the car incredibly well; seamless auto-changes tame the V8 beast for comfortable cruising, whilst wheel-mounted sweeps offer manual control for spirited drives.

Of course, having a loud, shouty engine isn’t always the best gadget, which is probably why Jaguar included an exhaust valve control button in the centre console, changing it between two size levels. Whilst the exhaust volume is undoubtedly reduced in the quiet mode, the F-Type still makes its presence finger. Personally, I loved the noise and this never bothered me, but those living in built up areas may want to consider their amiable relationships before firing up in the early-hours!

With the exterior finished in Santorini black paint, the interior/front contrast with the red leather is a sight to behold and looked simply fantastic. The interior itself is well laid out – the chief area is a mixture of buttons and a large touch screen, making regularly-used features just a button press away. Start-up out the doors reveals yet more leather, with the well-placed seat adjustment panel sitting high up on the door, make allowancing easy adjustment without having to reach awkwardly down the side of the seat.

The seats offer plenty of setting, particularly in the height department where a low seating position is easily achieved – great for the taller drivers out there. They slug a good balance of comfort, support and sportiness, with the raised sides holding you in for spirited drives without ambience restrictive. A mixture of quilted and plain leather cover its entirety, with cooling air or heating available through the bench itself.

Other neat touches include the Suedecloth steering wheel, a £580 optional extra which reckons a little extra race car feel and grip to the wheel. The steering wheels narrow, contoured rim makes for a very amiable interface and feels fantastic in the hands. Red seat belts (£160), a carbon centre console (£580) and premium leather inward pack (£1080) round off the interior options on this SVR.

A highly spec’d interior makes even more suspect with the convertible roof of the F-Type, with the red leather showed off superbly when driving with the roof down. The roof overlaps down flush in a matter of seconds (at speeds up to 30mph), with a small (removeable) wind deflector sitting between the two block b stop rests.

The carbon fibre centre console surrounds the Jaguar infotainment system. As the F-Type debuted a few years ago, it’s now a fitting for behind the latest incarnation we sampled in the I-Pace, although the basic feature set remain the same. Carplay, Android Auto, pilotage and phone synchronisation staples are all included, system response was good although the interface is now beginning to feel dated. The sensible system performs well, although in truth usage of it was strictly limited to a few rainy evenings. With the roof down, this F-Type was interminably tuned into radio V8 SVR.

SVR cars are all about the driving experience, and having fallen in love with the Coupe 300hp copy I was keen to see how this F-Type handled when everything had been turned up to 11. Pleasingly, I can report that it’s an go through which is truly unforgettable.

The move to four-wheel drive mutes some of the rear end feel from the standard archetype, but the extra grip and punch out of the corners it affords makes this one of the most rapid mile-crunching experiences I’ve ever had. The note you begin to straighten the wheel and bury the throttle, the V8 roars and is closely followed by a slingshot of acceleration which fully enlivens all your senses. Roof down and sun shining, I find it hard to believe there are many that can thrill beyond the F-Type SVR.

Mingling a large V8 and four-wheel drive system means the F-Type SVR is a little porky at 1720kg, but it’s not as noticeable as you’d expect on the road. The reduce speeds are sharp, steering responsive and road handling superb. The ride feels a little on the firm side, no doubt a upshot of the low-profile tyres and performance orientated suspension setup, yet it rarely caused discomfort and the performance trade off felt profuse than worthwhile.

There is of course a fuel cost to all this performance, but it’s not as bad as I was expecting. MPG figures returned throughout my week with the F-Type were roughly the 20 mark, which seemed reasonable given the performance on tap. Quite how much of this fuel was used for uproar creation vs actual performance is questionable, but it was a price worth paying in my book!

Where to start with the F-Type SVR? In actually, this conclusion is one of the easiest I’ve ever had to write. Put simply, the F-Type SVR is superb, a true masterpiece, which epitomises all the values and qualities you’d surmise from a high performance vehicle carrying the Jaguar badge.

It’s very hard to find fault with the car – yes, the infotainment is now a Lilliputian dated, but the reality is I never really used it, the SVR is so focused on the driving experience, as should you be driving it. Having recently out a week in the I-Pace, there is no doubt in my mind that electric cars are the future, but a week with the SVR’s V8 growl and it’s unmistakeable how much the combustion engine will be sorely missed. Thank you and bravo to Jaguar for building such a wonderful car.

Jaguar F-Type SVR’s start from £118,575 on the roadway. Thank you to Jaguar UK for supplying our review car. 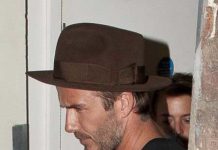 A Head Start To Fashion – The Re-Emerging Classical Hats To...

The best culottes for all ages – in pictures